Adrian is a founding director of Alumtek Minerals. He has a degree in environmental science, a diploma in maritime studies and was awarded a Churchill Fellowship in 2001 for research into Aluminium waste stream minerals recovery. Adrian has commanded an Australian Navy warship and has extensive project management experience both in the private and government sectors. He has managed some of the Department of Defence’s most sensitive contamination and rehabilitation work over the past decade. He has also operated his own consulting company for the past 25 years that has consulted in environmental engineering work covering many types of contamination and waste stream problems.

Craig Wilson is a founding director of Alumtek Minerals. Craig is an experienced company director and is a co-founder and Managing Director of DeltaPearl Partners. He has more than 25 years of professional and leadership experience. He has worked as a CEO, director, economist, program manager, senior executive, diplomat, thought-leader and advisor. This has taken place across a large range of sectors, often with a strong focus on economic policy, project management, infrastructure advisory and national development, in more than 30 countries. Among other relevant roles, Craig is the Executive Director of the Australian Mining Cities Alliance. In 2011 he worked as an advisor to an Australian mining company developing a major new copper-gold project in Indonesia. Craig worked at the World Bank from 2000 to 2007. For three years to January 2017, Craig worked in the Australian state of Queensland’s Department of the Premier and Cabinet where he led the Queensland Government’s Economic Policy Group and managed the Queensland Government’s Northern Australia agenda. Craig has a BA in Asian Studies and Economics from Griffith University, a Graduate Certificate in Management from Deakin University and a Masters in International Affairs (Economic Policy) from Columbia University. He is a graduate of the Australia and New Zealand School of Government’s Executive Fellows Program (2015), the Australian Institute of Company Directors Company Directors Course (2008) and the University of Melbourne’s Asialink Australia-Asia New Leaders Program (2003). He has won various scholarships including the Harvard University Society of Australia Scholarship (2009) and the Australia-China Council Beijing Residency Award (2002). He was a joint recipient of Australia Day Achievement Awards in 1995 and 1997. 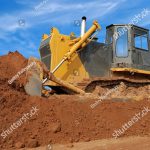 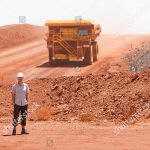 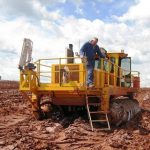 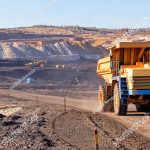